LONDON (Reuters) -- prosecutor Jonathan Sharp told London's Old Bailey court that Qureshi also had fighting and first aid manuals, theological notes justifying terrorism, a book he had written called "My Dad the bomb maker" detailing how he had become a militant, and CD Rom pictures of him brandishing an M16 rifle.

"There were also appalling pictures and videos of mutilated corpses and videos of executions and the 9/11 atrocity," Sharp said. "He was taking it on the trip to keep his mind focused on his terrorist goal." 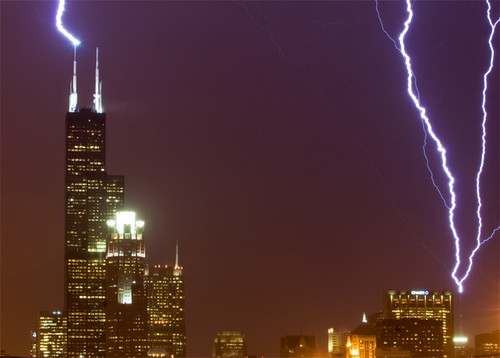 ROCKY MOUNT, Va. -- It was so quiet out in the country, the officers didn't want to make a sound. Lying in the woods, huddled in sleeping bags, they couldn't use their cars or even turn on a light.

The officers, from the Virginia Department of Alcoholic Beverage Control, had been pursuing a prominent local businessman for years. At last, a tip had led them to a distillery. Silently, from across the road, they watched who came and went. They sneaked in a surveillance camera. The moonshiners had counter-surveillance cameras of their own.

The cat-and-mouse game that played out less than four hours from the nation's capital culminated in a raid in which ABC officials, joined by sheriff's deputies and federal agents with the Bureau of Alcohol, Tobacco, Firearms and Explosives, burst into a barn on the rural property and found four large silver-colored pots used to make moonshine -- cheap, powerful, illegal whiskey.

Chicago WBBM -- Mayor Daley wants to push Chicago's teen curfew up to 10pm on weeknights and 11pm on weekends, 30 minutes earlier than the current curfews, in an attempt to curb teen violence.

Mayor Daley says “the gang-bangers, drug dealers and thugs who use young people for their illegal operations” may not appreciate a new curfew, but he says he believes “it’s time to extend it”.