Jane Yollen has been called the Hans Christian Andersen of America. Пруфлинк.

It is the waning days of the Russian monarchy. A reckless man rules the land and his dragons rule the sky. Though the Tsar aims his dragons at his enemies―Jews and Bolsheviks―his entire country is catching fire. Conspiracies suffuse the royal court: bureaucrats jostle one another for power, the mad monk Rasputin schemes for the Tsar’s ear, and the desperate queen takes drastic measures to protect her family. Revolution is in the air―and the Red Army is hatching its own weapons. Пруфлинк. 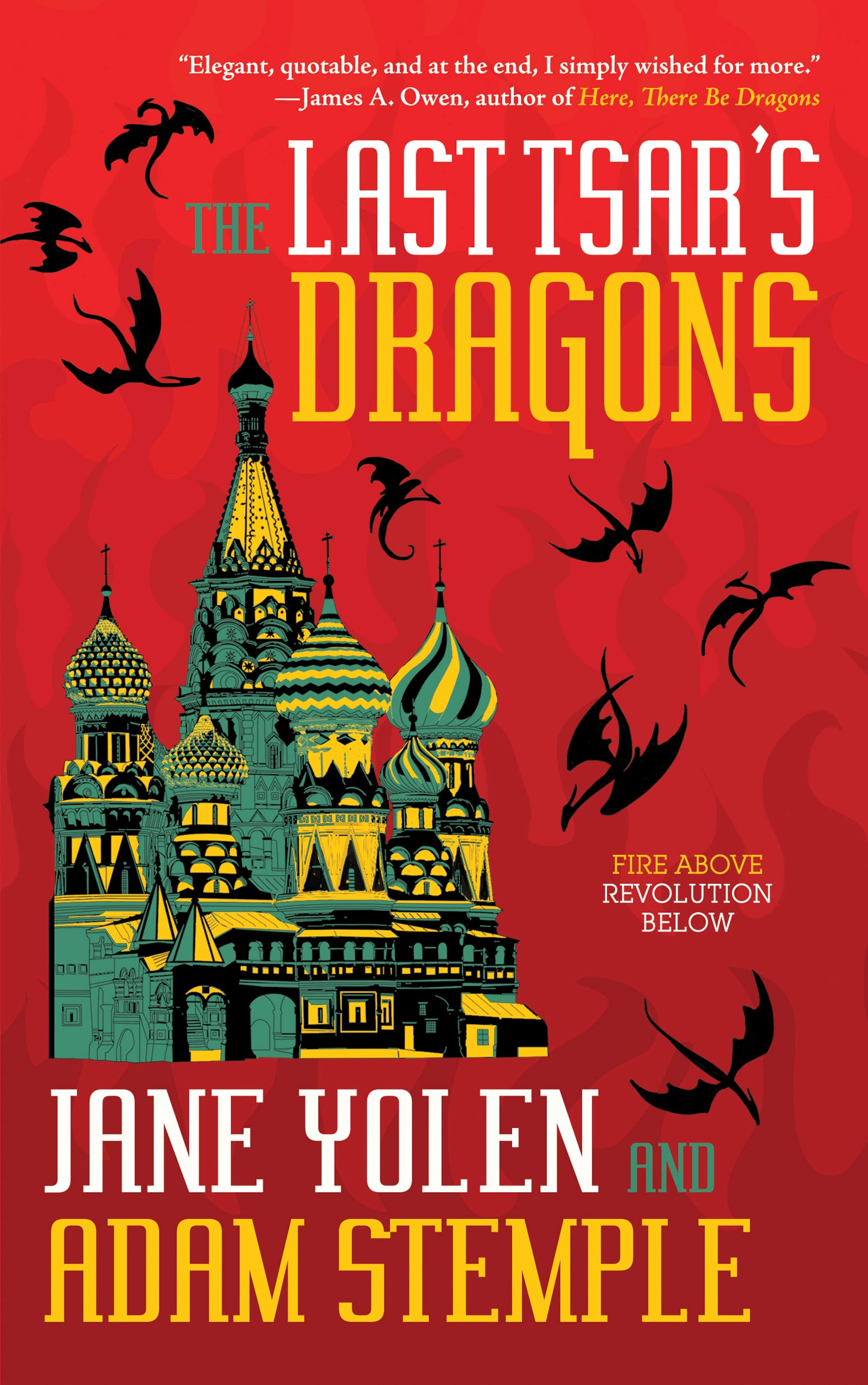